Tom Farnam was born in Columbus, Indiana in 1953 and had an interest in nature and art from a very young age. Spending hours lying on the ground and staring up at the sky through the interlocking branches of trees, he was intrigued by the web-like quality of lines that he saw. Some of these same qualities appear in his art today. Farnam attended Indiana University where he received a Bachelor of Fine Arts degree in Printmaking and later East Texas State University where he received a Master of Fine Arts degree in Printmaking. Painting became his preoccupation after graduate school and he often works in series. His oil paintings are infused with a great amount of energy and they “grow” through the building up of layered pigments. Farnam exhibits regionally and nationally. His work is included in both public and private art collections including the Opryland Hotel in Nashville. Tom often collaborates with his artist wife Judith Mogul and they both have received public art commissions from the TN Aquarium, Electric Power Board and CARTA. Farnam resides in Chattanooga with his son, wife and two dogs. 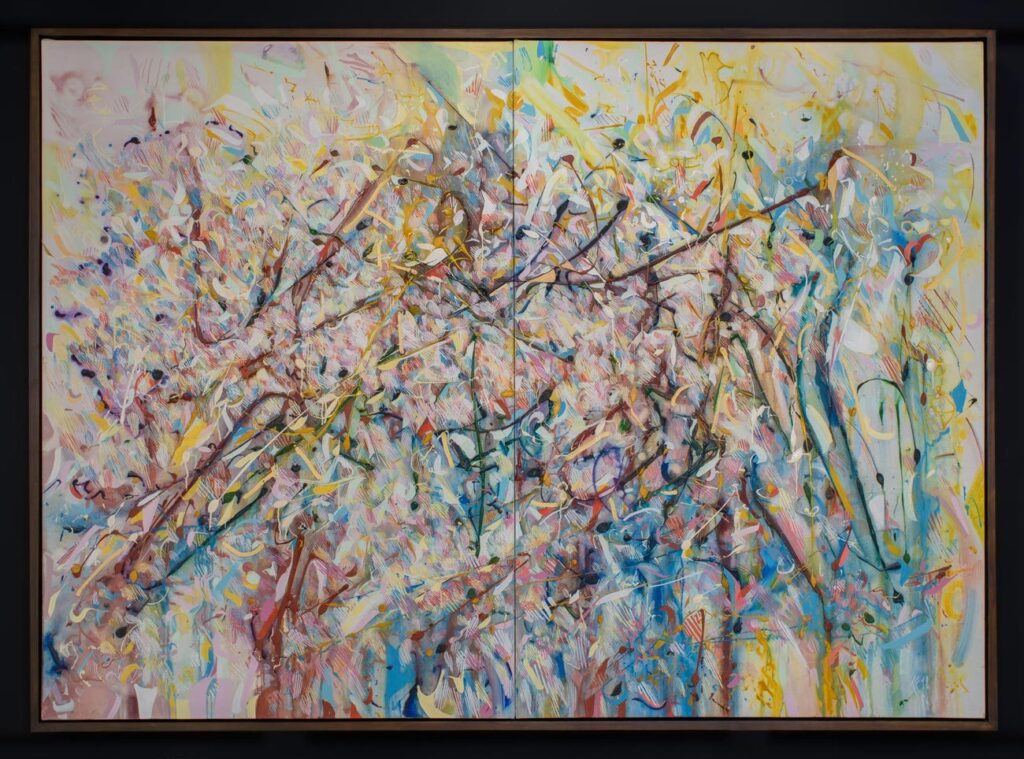