Daud Akhriev was born in the former Soviet Union in 1959. He studied classical painting and drawing for 14 years, eight of them in St. Petersburg, Russia. He received his master’s degree with honors from the Repin Institute (Russian Academy of Fine Art), under the tutelage of the late Piotr Fomin. In 1991 he immigrated to Chattanooga, Tennessee. Shortly after his arrival the Hunter Museum of American Art presented a solo exhibition of Akhriev’s work. Akhriev currently shares his time between Andalusia, Spain and Chattanooga with his artist wife and son.

Akhriev has participated in group shows in New York, London, Zurich, Oslo, Almaty, Padua, Busan and around the United States. Akhriev’s work was exhibited in 2011 at the Russian Museum in St. Petersburg, In 2010 Hunter Museum of American Art presented Akhriev’s work in “Hunter Invitational, II”. He also had a solo exhibition at Miller Gallery in Cincinnati, Ohio, and a two-man show at the Artists’ Union museum in St. Petersburg, Russia.

Archipelago Gallery in Rockland, Maine opened a large solo exhibition of Akhriev’s paintings Catching the Light: the Frenchboro Paintings on June 26, 2009, in conjunction with the feature article on Akhriev’s work premiering in Island Journal, 2009.

Akhriev is also trained in monumental public art, and has five murals in Chattanooga: Baylor School, the Collegedale Seventh-Day Adventist Church, the Samaritan Center and St. Peter’s Episcopal Church. In 2009 Akhriev was commissioned by the City of Chattanooga to sculpt four nine-foot bronze Four Season Goddesses for the Market Street Bridge.

Akhriev is passionate about teaching, and has taught summer courses in landscape for the Florence Academy of Art, in Florence, Italy. He has taken small groups of painting students to Tuscany in 2004-2006. He received invitation to be a guest instructor at the painting program of the University of Tennessee Chattanooga. In 2003, Akhriev and his wife were Artists in Residence at the Robert M MacNamara Foundation in Westport Island, Maine, for six weeks.

Artists Magazine featured Akhriev in the February, 2006 issue. His work is in two books in English: Daud Akhriev, Stylistic Pluralism was published in 2002 by CommonPlace publishing. He is also featured in Traditions Rediscovered, the Finley Collection of Russian Art. Akhriev’s drawings are in several books about the Repin Institute, both in Russian and Chinese, and in numerous magazines such as Sculpture Magazine, Art Collector, Artist’s Magazine, ArtNews, Southern Living and Chattanooga Magazine.

Study of the Four Seasons 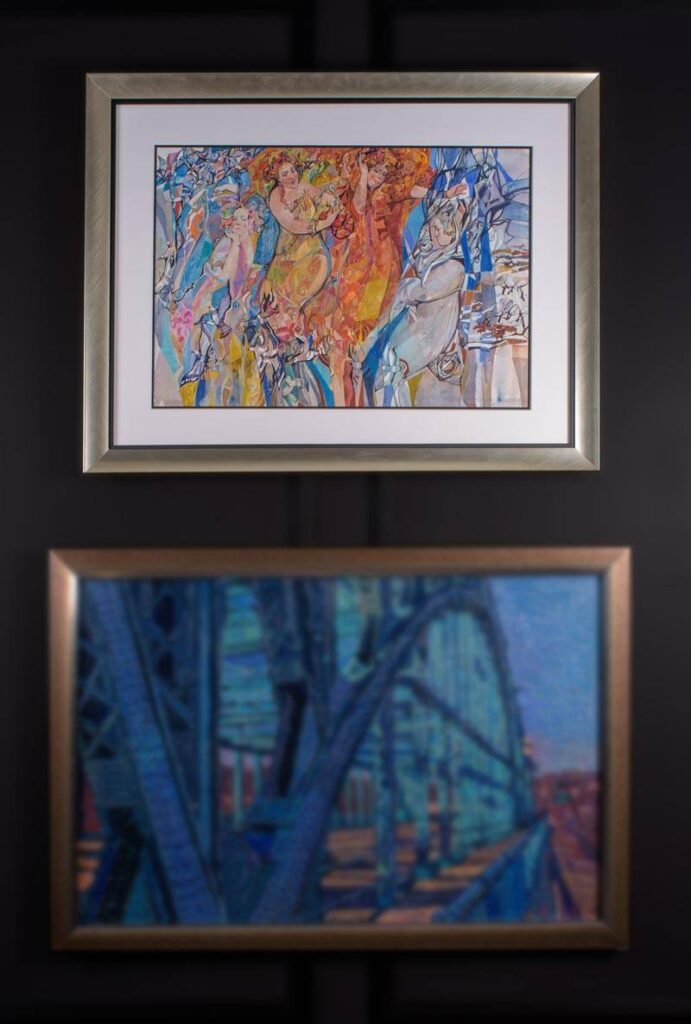