A painter known for his Southern and Appalachian Mountains genre, Alan Shuptrine has extended his reputation from a renowned framemaker and water gilder to a nationally acclaimed watercolorist. Born the son of recognized painter, Hubert Shuptrine (1936-2006), Alan has continued the legacy of realism that both Andrew Wyeth and his father Hubert established.

His style is Realism with highly detailed and dramatic lighting in his landscapes and figurative paintings. Shuptrine’s medium is primarily watercolor which he applies and controls in various techniques, from wet-inwet to drybrush. He also creates using egg tempera, oil, the centuries-old art of water gilding with genuine gold leaf, wood carving, and sgraffito. He prefers to handcraft and carve his own frames for his paintings, a practice of two of his influences: James McNeill Whistler, and Charles Prendergast. His other influences include the works of his father, Hubert Shuptrine, Andrew Wyeth, Winslow Homer, and John Singer Sargent. Recognized by publications such as American Artist Magazine and Watercolor Artist Magazine, Shuptrine garnered additional recognition when he was asked to participate in the exhibit, “In the Tradition of Wyeth: Contemporary Watercolor Masters” at The Vero Beach Museum of Art in 2010. The exhibition opened with Alan’s paintings displayed alongside the works by Andrew Wyeth and his father. 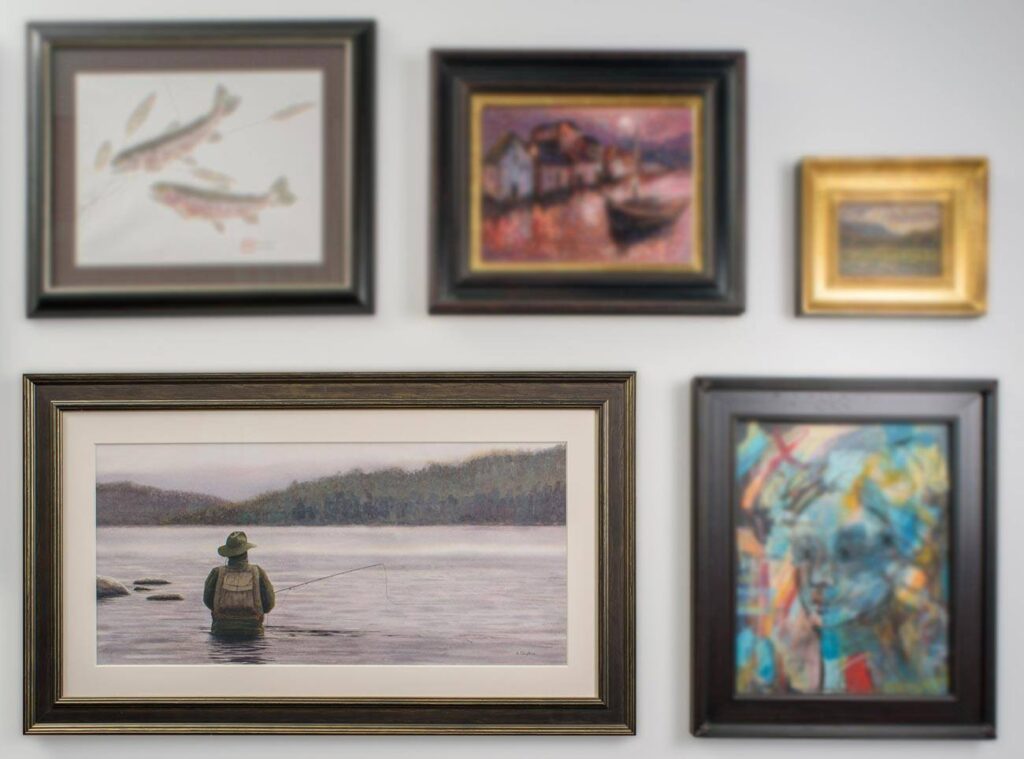